This is a warning to all users that there is an ongoing scam involving Telegram Groups with scammers that are posing as Edge or offering a unique opportunity in arbitrage to make extra money through HT Huobi Tokens. Below is a screenshot of a scam Telegram Group advertising this. Note, these Telegram channels have already been reported. 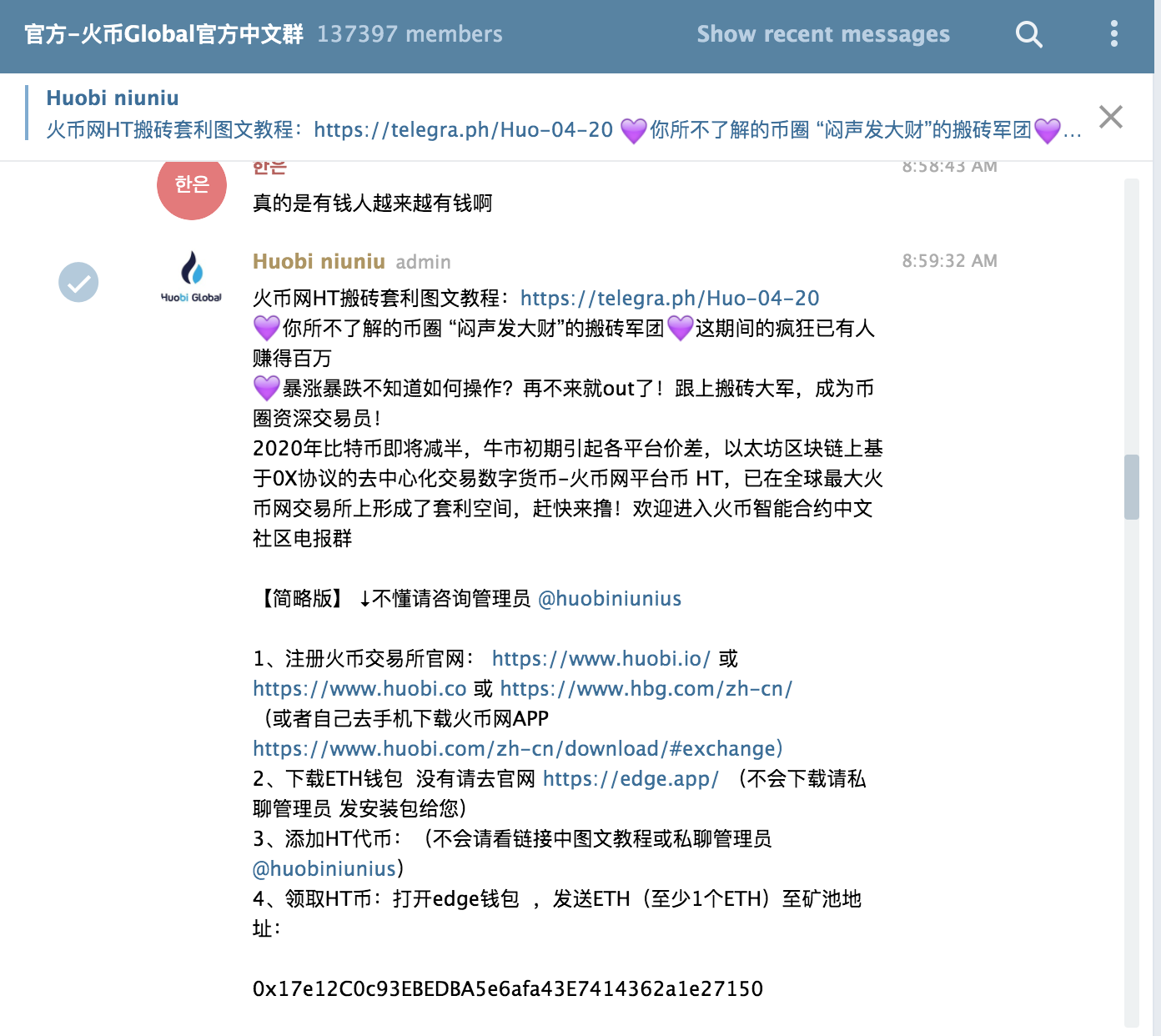 Do not trust and always verify when you are not sure about the users you are engaged with or with the trades you are about to initiate.

The scam in this case is fake HT tokens are being sold and marketed as if they are the real HT tokens. The HT tokens that are being sent to the victims are actually fake and using a different contract address. For example, refer to the screenshot below where you can see other HT tokens but only 1 of which has the blue check mark verification.

It is very important to verify the contract address that the token you are receiving is in fact the real one. This can be difficult for a new user since if they add the fake contract address and where to receive the tokens and they would still be able to see it as the wallet would look up the false contract instead making it difficult. The balance would also appear correct because the wallet looks up the price of the coin via the currency symbol HT which is the same.

Now if a user were to receive the fake HT tokens and were to try to send it to an exchange to sell it over at Huobi Exchange or simply to try to swap the HT into BTC or another coin, the transaction would fail. The exchange would be able to read the contract address and detect that it is not of the right contract.

This now leaves the user with fake worthless HT tokens that the victim may have paid some money to the scammer which would obviously also be permanently lost.

R
RJ is the author of this solution article.

Did you find it helpful? Yes No

Send feedback
Sorry we couldn't be helpful. Help us improve this article with your feedback.

Don't see what you're looking for?